General situation of the Asian market

Despite the lack of a long term view of the Asian zone, it is clear that the new Chinese government is willing to radically change the development model of the last two decades that was based on the quantitative growth and their obsession for the GDP with a greater market orientation and, therefore, less interventionist and more sustainable in time. Without obviating the positive corollaries, the dark side of the previous era has left a financial bubble generated in part by the huge debt contracted by the provincial governments, in many cases involved in unfinished over-ambitious projects as well as by the large state-owned corporations. It was necessary to tackle this situation.

Recently, Prime Minister Li Keqiang has lowered the GDP growth forecasts for the next 10 years to 7%, under the most pessimistic ones while dissipating any hope for new incentive packages and offering greater cash flow to the market through the banking sector (State Council of end of June), which has caused the greatest dive of the Shanghai stock index (-5.3%) of recent years in a single day (June 25th).

The SMEs that represent the private sector are the ones suffering the most by the effects of the monetary policy due to the difficulty in obtaining credit and to its increasing cost.

Maybe the current situation has not reached rock bottom yet and it looks like the process to reach a balance is going to take some time.

Obviously, and considering China’s role in the area, this fact affects not only China, but also the rest of the countries that are part of it.

We should not forget either, that Southeast Asian countries such as Indonesia (population 240 million) or Vietnam (90 million) are pressing even more on the situation of excessive productivity in China when offering advantageous terms in terms of implementation costs and fiscal aspects in order to attract foreign investment.

The Machine-Tool sector is one that is directly affected by this situation although with different peculiarities in each country. In China, domestic manufacturers are the ones most affected whereas the high-end imported machines continue with positive numbers due to the development of sectors like aerospace, high speed trains or state-of-the-art nuclear power plants. 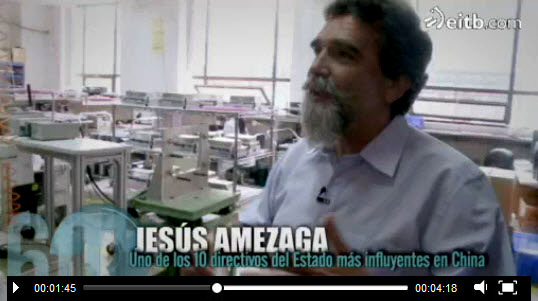 Taiwan, due to their vocation for exporting mid-end machines at competitive prices is affected by fewer orders in the Chinese and European markets, their main destinations.

South Korea, that began fine the first quarter is suffering the competitive edge of a devalued yen. The IT sector has also begun to show signs of saturation.

Japan is enjoying a good moment thanks to government’s measures like adding money into the market and devaluing the yen that are reactivating internal consumption and improving exports.

The rest of the countries in the area are not manufacturers but consumers of imported machine tools although at a very negligible level yet, but with growth potential in the near future.

The data of the second quarter, except for Japan that maintains its positive growth trend, are clearly aiming towards a weakening of their industrial activity and degree of confidence with their implication in the consumption in the area.

Text: Jesús Amezaga; among the most influential Spanish managers in China. After being part of the R&D+i department and of the sales department of the Mondragón Plant of Fagor Automation, landed in China in 1998, his current residence, as the person in charge of the Asian market for Fagor Automation.