Midwest Mold Services (Midwest Mold) in Roseville, Michigan, used to outsource boring mill and gundrill work to companies that service the overflow from mold builders with more work than they can handle.

Due to the boom in automative jobs came elongated lines of shops waiting for that work to be done and returned. 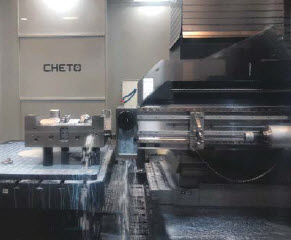 Because of this, Midwest Mold became the first mold shop in the United States to purchase a CNC machine from Cheto Corp. S.A. that brought the outsourced work in-house and solved multiple challenges, according to Midwest Mold President and CEO John Hill.

Before long, Midwest Mold began using the consulting services of Harbour Results Inc. (HRI), which forecasted two years ago that automotive OEM demands would exceed the capacity of Tier 1 and 2 mold suppliers. “It negatively affected our lead times and our delivery dates, and it was causing us to pay excessive overtime to compensate for services that our sub-suppliers used to be able to provide us in the past.” Hill confirms. 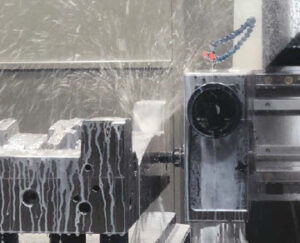 It turned out that Meehan was in negotiations with Cheto Corp. S.A. (Cheto) to be its U.S. distributor. “The timing was perfect,” Hill says. Meehan explains that he met Carlos Teixeira, Cheto’s CEO, at IMTS and immediately saw a great potential partner whose technology was just starting to take off in Portugal and Europe.

The Cheto IXN2000 is a seven-axis machine equipped with the Fagor CNC 8065. The automatic rotary table measures 1,600 millimeters by 1,300 millimeters and the spindle speed is 4,500 rpm. According to Cheto, the all-in-one concept enables moldmakers to perform multiple operations with one setup, including deep-hole drilling, radial drilling, milling, tapping and boring.

When asked to quantify the time that Midwest Mold is now saving with the new Cheto. “It would take anywhere from three to six weeks to get the two mold halves machined and returned. With the Cheto, we are doing everything in five days or less, that is real time, and time is money. Cheto knows that for us to be profitable in mold building, we must reduce the amount of direct labor that goes into building a model.”, he says.