› News › Favorable assessment of the IMTS and AMB trade fairs

Favorable assessment of the IMTS and AMB trade fairs

Fagor Automation took away a very optimistic evaluation of both trade fairs held in September.

On the one hand, the IMTS in Chicago was attended by an abundant number of visitors, even more than the previous edition in 2012.

The assessment was very positive, as there was a large presence of FAGOR CNC equipment and linear feedback devices, in both American and imported machines. 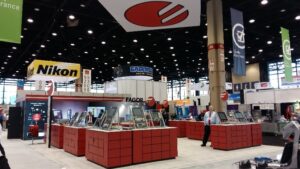 While it remains stable, the US market is weaker than in 2015, showing great differences in behavior depending on the sector, with the aeronautic, automotive and medical sectors leading the way.

On the other hand, the AMB trade fair held in Stuttgart was also consistently well-attended throughout its duration. The assessment of the machine tool manufacturers was very positive, not only in terms of the number of contacts, but also for their quality. 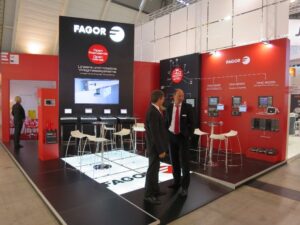 Fagor Automation focused promotion at the trade fair on their new feedback systems, both open and closed, with a wide range of absolute protocols available and geared towards machines with state-of-the-art technology. From the perspective of numeric control, new developments related to Industry 4.0 were also presented here.

In conclusion, both events have given us confidence in the future and we are even more convinced of Fagor Automation’s growth potential around the world.

On behalf of our entire team, thank you very much to everyone who visited us.