Fagor Automation has recently participated in the Show CIIE China International Import Expo, an annual fair that this year 2020 has celebrated its third edition. In these times when events and fairs have been relegated to second or third place, it has been interesting to return to the international market together with companies of the MONDRAGON Corporation like Fagor Arrasate, Mondragon Assembly, Loramendi Aurrenak, Danobat Soraluce and Urola Maquinaria.

At the fair we had the opportunity to show our products to the Chinese market together with major brands such as John Deere, Linde, Microsoft, Dell Technologies, Brother, Schneider Electric, Mitsubishi Electric and Siemens. More focused on our business, we have been able to share space with Doosan, Bumutec, Hiwin, Emag, Micron, Nicolas Correa, Haas or BLM Group, where we have been able to show high performance machines that provide customized solutions.

During the CIIE trade show, the MONDRAGON Corporation stand where Fagor Automation was located was visited by His Excellency, Mr. Rafael Dezcallar, the Spanish Ambassador to China, as well as by several Chinese media where we could show our work. 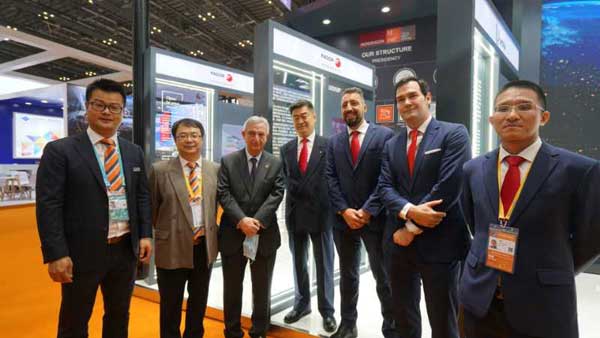 We would like to thank the MONDRAGON Corporation and the organizers of the CIIE Show for the opportunity to go out again to the international market.