ACMEE 2016, the Machine Tool biennial sponsored by the Ambattur Industrial Association, held in Chennai (India) on June 16-20, offered us the opportunity to present the innovations of Fagor Automation. 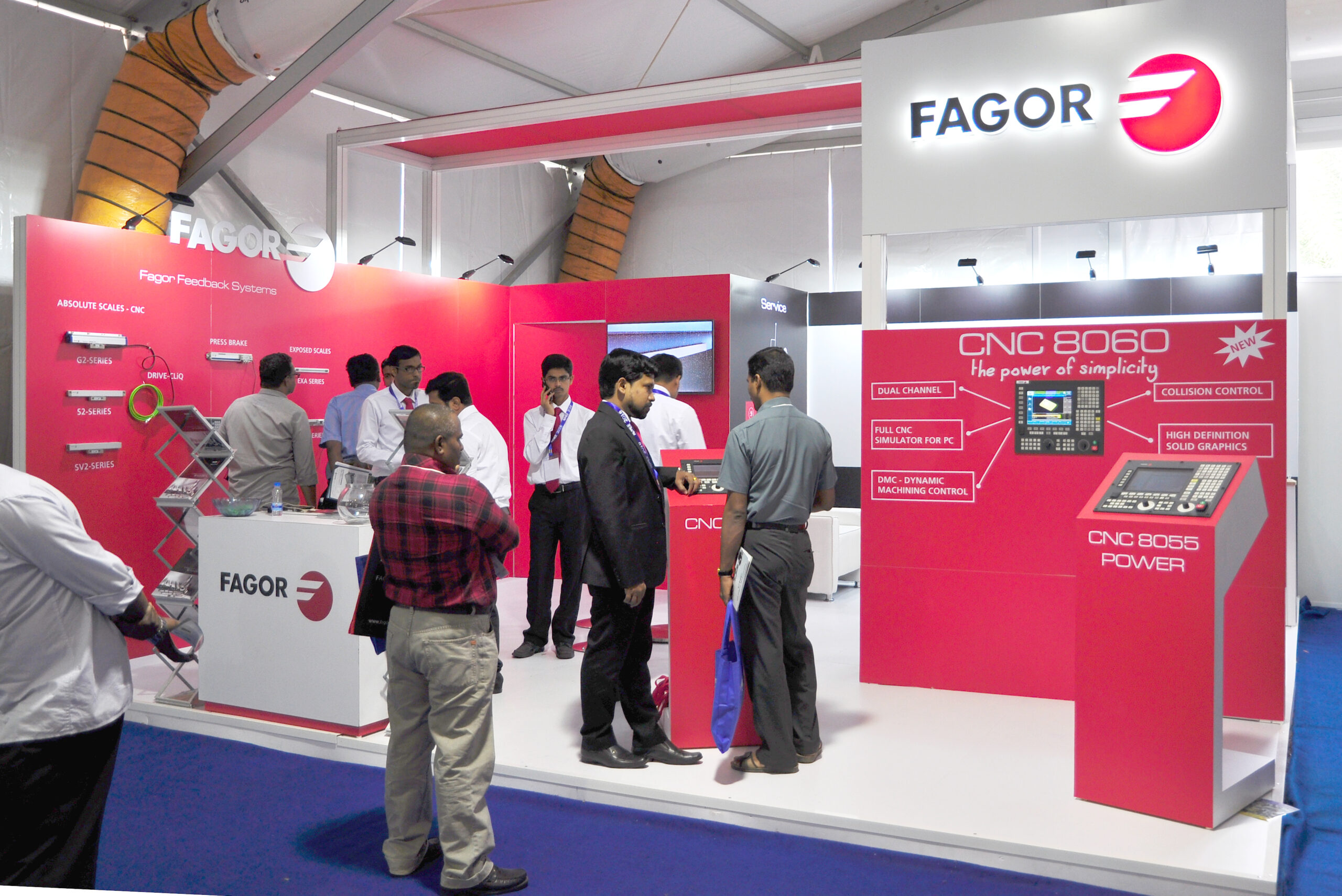 Chennai has become the manufacturing center of all major automobile companies in the country such as GM, Ford, Hyundai, Renault-Nissan, etc. This city is under constant transformation thanks to the large industrial development in which it is immersed, and it is often mentioned as being the Detroit of India. In fact, the automotive industry in the city accounts for 60% of the country’s entire exports sector. Thanks to its location on the coast, it is listed as a strategic city due to the sea route that covers the entire Southeast Asian region.

At the show was exhibited the CNC 8060 “The Power of Simplicity”, characterized by its ergonomic aspect and for being ideal for industrial applications. This user-oriented control, with an intuitive interface and easily customizable navigation, is primarily designed for high-performance machining centers, manufacturers of high-precision molds, and industries such as automotive and aerospace. Customers were heavily interested in the characteristics that define this control, such as the high-definition graphics, pop-up-based navigation, IIP interactive language (Interactive Icon-based Pages), support for CAD-CAM programs, or programs generated by other CNCs.

On the other hand, visitors also showed interest on the existing controls CNC 8037 and CNC 8055. The leading system integrators in the country who visited us at the fair, showed great interest in using CNC Fagor for their new projects.

Visitors to the fair, including OEMs, retrofitters and end users have hinted us that the Fagor Automation collection systems enjoy good acceptance in the Indian market.

ACMEE 2016 has proved to be a great opportunity to meet new customers and understand the special needs of the market, which has also allowed us to spread our roots in the Indian machine tool industry.